Please, Spread The Word On: 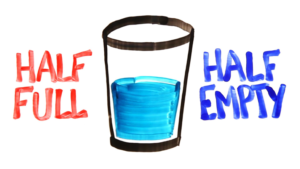 The Power of Perspectives: Thriving With Important Life Goals Despite The Odds - Part 1​

Looking at how the Creator has set the universe and everything in between, we can say that the Kingdom (systems) of the Most-High is likened unto a man which sowed good seed (amazing strengths, potentials for a possible 8th wonder of the world) in HIS field (the human spirit).

But while people slept (took their focus away from developing their #Minds to harness/deliver the #Treasures of their #HumanSpirit), his enemy came and sowed tares (undesirable seeds) on their soil, and went his way, leaving no traces. It was a kind of covert mission.

By the way, the #HumanMind is the soil on which the endless possibilities of the human spirit are cultivated! So that no matter how much the human spirit is carrying and capable of, it is the quality/richness of #HumanMind – the #Soil that determines what is permitted to grow and to what extent in any field of life.

Back to our story:

Well, undesirable traits are often cultivated unconsciously, whilst positive ones are cultivated and entrenched by a series of consistent conscious efforts. So as they began noticing the presence of both the desirable and undesirable seed/fruit, they reasoned within/among themselves: we never planted tares, why and how are we seeing them on our field! They wondered where the tares came from! Keep in mind that the tares were introduced covertly. The tendencies that sow tares in different fields of life, often creep in without notice to people! #PayAttentionToYourField and #Habits.

As they wondered where the tares came from, their master said to them, an “enemy” (a counter-productive culture) is responsible for this. They were really alarmed by the presence of the tares, and became deeply concerned to the point that they wanted to start making efforts to root out the tares/undesirable seeds/patterns from their field – life/society. However, they were advised against such moves as doing so will be putting their wheats in harm’s way!

Basically, what we see either growing or not in the field of any life/society, is simply the fruit of the seed of human #Habits and #ValueSystems around that field. So, their master said to them, NO; don’t focus on uprooting the tares; for whilst you pay attention and exert energy to uproot the tares you’ll be putting your wheats in harm’s way – weakening your strengths in the process because whilst you turn your attention to what’s wrong, you’ll lose sight of what’s right and hence can’t improve on it; whilst you’re facing the tares, you’ll be defacing the wheat.

There’s a smarter way of dealing with tares – life challenges and unpleasant outcomes!

What a counter productive culture/habit created at one level, will require a constructive productive culture on a different spectrum of focus to fix. There is a better #Strategy for addressing the presence of the tares, so HE advised them to allow the wheats and tares to grow together till harvest.

This strategy could easily be seen as counterintuitive, but it was a masterstroke because as far as life is concerned, nothing grows without people and a system facilitating it. Which explains why the best strategies solve any social issues, usually work best at the people, cultural and systems levels.

Now you know that if they will allow both the wheats and tares to grow together till harvest, their primary focus will most likely be on cultivating the wheats to mature it for harvest.

And when people turn their focus/attention to growing their wheats – seeking the greater interest of their society; driving desirable results/building the progressive society they desire, the tares wouldn’t survive because they’ll lack the necessary human input to sustain them. Focusing on growing their wheats will do the much needed separation between the wheats & the tares. Focus is powerful!

NB: harvest isn’t just what people do at the end of a cycle, but it embodies the different bits of work that goes into producing a desired outcome. Just as graduating from the university is not necessarily something that happens at the end of 4/5 years in the university but rather a collection of everything an undergraduates does from the first day in school through their final exams.

..to be continued. Watch out for part 2 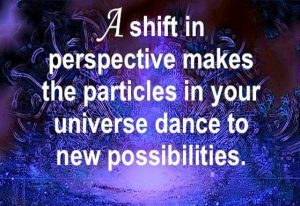 Before you go, why not check our collection
of exciting resources that would support and

enhance your parenting outcomes! See below

Unlock The Full Joy Of Parenting!